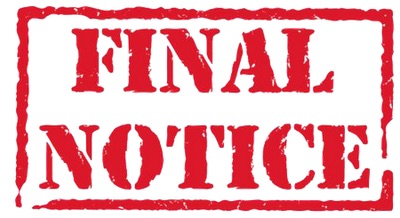 While UNM continues to scrounge for new sources of athletic department cash, it appears the Lobos are facing an equally daunting challenge in banking past-due revenue from its best seats in the house.

Sources have been murmuring for some time that the university is still owed quite a bit of money from a number of its suite and club-seat occupants at football and men’s basketball games. A dire-sounding email UNM Athletic Director Paul Krebs sent on April 19, which NMFishbowl.com obtained through a public records request, seems to confirm as much.

In his note to UNM Foundation staffers Kole McKamey, Sean Ferrera, and Jalen Dominguez, Krebs demands, “I want a concerted effort to collect all past due money for suites and club seats from previous years [emphasis added]. Have we taken anyone to collections?”

The answer to Krebs’ question is as-yet-unknown to NMFishbowl.com: neither he nor the UNM Foundation responded to our inquiries Monday (we will update this story if they do). For the last three years, the controversial WisePies naming-rights deal continually begged the question of whether or not UNM would actually reap the full harvest of the pledges it obtained. Sources have told us that these misgivings, in fact, extend beyond WisePies, that UNM Athletics has an endemic of unfulfilled financial promises it’s struggling to rectify. Krebs’ email speaks, in part, to this dilemma.

According to the Albuquerque Journal, UNM sold 28 of its 40 luxury boxes in The Pit for the 2015-2016 men’s basketball season. Now the question is how many of those customers have actually paid their bills. Last January, the Lobo Club hired Ferrera to serve as its new Director of Premium Seating.

Getting an accurate accounting of the suite and club-level situation is problematic, since these seats are not infrequently included as part of sponsorship deals. For example, Levy Restaurants reportedly agreed to pay $22,500 last year to purchase half a suite at The Pit, as part of its eight-year concession agreement with school. Dreamstyle Remodeling owner Larry Chavez gets a suite at both the basketball and football stadiums, as part of his company’s $10 million naming-rights agreement with UNM.

Lobo officials have long maintained that revenue from The Pit’s suites, which carry a market price of $40,000 annually, are instrumental in paying down the debt incurred by the 2009 renovations. But the Athletic Department has continuously struggled to maximize its mezzanine revenues, particularly in recent years when the Lobo men’s basketball team has struggled.