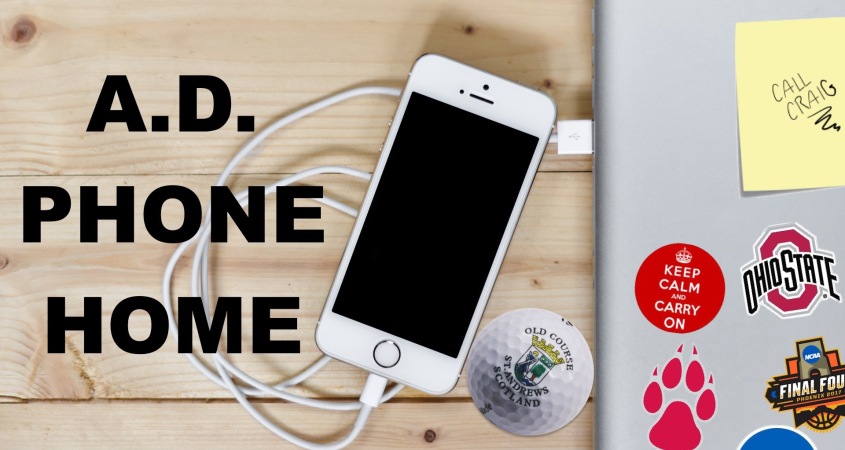 It has been a trying past few months for Paul Krebs, the University of New Mexico’s Vice President for Athletics: a dismal conclusion to the Lobo men’s basketball season; the discombobulated firing of Craig Neal; the preemption of WisePies’ naming-rights agreement; the procurement of Dreamstyle’s naming-rights agreement; the death — and rejuvenation — of UNM’s ski programs; and the unfolding scandal involving Krebs’ 2015 booster golf trip to Scotland.

Furthermore, there were all the responsibilities concurrent with Krebs’ other important job: member of the NCAA Tournament’s Selection Committee. That saw him flying from coast to coast, while his Athletic Department was in a constant dither. It’s all been a lot to juggle, needless to say, and one might wonder how Krebs has managed, particularly at those junctures when the bombardments were coming from all angles.

Krebs has long since ceased responding to our queries — and has repeatedly instructed his subordinates to do the same — but, through a public records request, NMFishbowl.com recently obtained his cell-phone records from February 21 to May 4, arguably the most dramatic epoch of his 11-year UNM reign.

Though thickly redacted, the Verizon phone logs for Krebs’ iPhone 6 nevertheless provide an interesting (if nothing else) look at the machinations of an athletic director in the crucible of chaos.

We’ve annotated a copy with a timeline of key dramatic highlights, while flagging some notable (and recognizable) callers.

You can check it out here.

A note of discernment: the last four digits of nearly all the listed phone numbers came to us redacted, so we’ve relied on a bit of deduction (based on the area code and prefix) to sort out who was on the other line.

Here’s a couple of things that immediately stand out:

Our eyes spy lots of calls between Krebs and (most likely) UNM Executive Vice President David Harris; former Regent Jamie Koch (almost certainly) chiming in amidst the ski-team kerfuffle; and a certain lengthy exchange with a Bloomington, IN mobile (Dan Dakich, perchance?).

Beyond that, we appeal to crowd-sourcing to flesh things out: feel free to email us your tips and observations to editor@nmfishbowl.com. Additionally, please let us know if Paul Krebs has called you in the last two-and-a-half months, and what the hell he wanted.

One thought on “Who Has Paul Krebs Been Calling?”