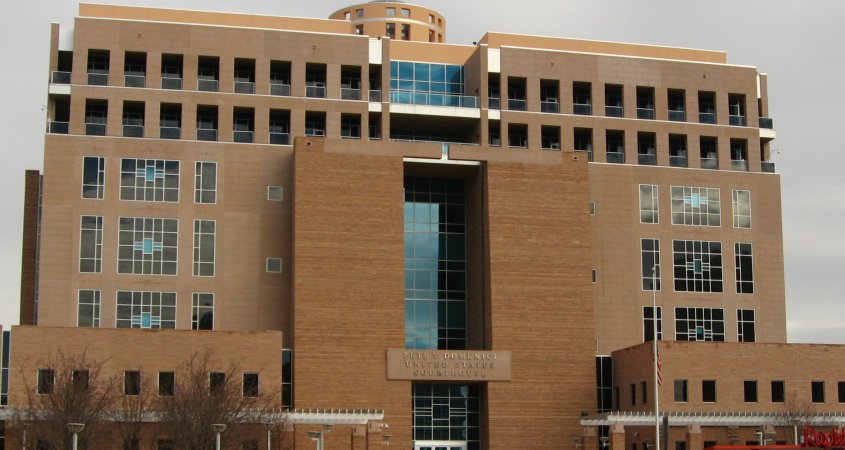 Former University of New Mexico football players Crusoe Gongbay and SaQwan Edwards have ended a two-year legal battle against their alma mater this week, after a federal judge had previously dismissed the bulk of their claims.

In April 2014, Gongbay and Edwards were arrested, along with another man, accused of sexually assaulting a female UNM student. Ultimately, none of the men were prosecuted, with the district attorney citing insufficient evidence. UNM later settled a Title IX lawsuit the accuser filed against the school for its handling of the matter.

Following their arrests, Gongbay and Edwards were suspended from playing football, but were reinstated after the criminal charges were dropped. In a sit-down interview with KRQE, they said they also planned to sue UNM.

“Every time you Google my name, every time you ask about me, they’ll be like, ‘Oh, he was the accused rapist,’ and that troubles me,” Edwards told the TV station at the time.

The players filed their suit in April 2016, initially in New Mexico state court, claiming their civil rights had been violated in the course of the UNM police investigation. They were represented by Albuquerque attorney George Anthony Bleus, who insisted that the accuser’s story was never credible, and that the university knew it all along.

The players’ action put the university in a strange position of defending itself against  diametric lawsuits by two adverse parties, each accusing UNM of violating their rights in the course of the same investigation. Gongbay’s and Edwards’ litigation was transferred to federal court in October 2016.

In their lawsuit, the players accused UNM, under pressure at the time from a Department of Justice review of its sexual assault reporting practices, of conspiring to trump up a high-profile prosecution of two star athletes. The suit emphatically highlighted the fact that the accused were three African-American men and the accuser was a white woman.

UNM filed a motion to dismiss, arguing that neither the institution nor its officials could be considered parties under the federal statutes cited in the case, and that the plaintiffs had failed to properly plead factual allegations against the defendants.

In a January ruling, Chief United States District Judge M. Christina Armijo sided with the university, dismissing all but one of the lawsuit’s 14 counts with prejudice. The judge held that a Title IX claim could be reasserted in an amended complaint, and gave the plaintiffs three weeks to do so. Instead, Gongbay and Edwards filed a notice with the court on Wednesday, voluntarily dismissing their remaining cause of action. They will not be allowed to refile any of the claims against UNM.

Neither Bleus, the players’ attorney, nor a UNM spokesperson responded to requests seeking comment.

After his Lobo career, Gongbay had a few tryouts with NFL teams, but failed to make a roster. Edwards, meanwhile, was signed as an undrafted free agent by the Oakland Raiders in 2015. Last June, he was waived by the New York Jets after a brief stint with that team. More recently, Edwards’ name has emerged in the course of UNM’s investigations into head coach Bob Davie’s conduct, as school officials have been told by several witnesses about an alleged physical altercation that transpired between the two during halftime of a 2012 game against Boise State.