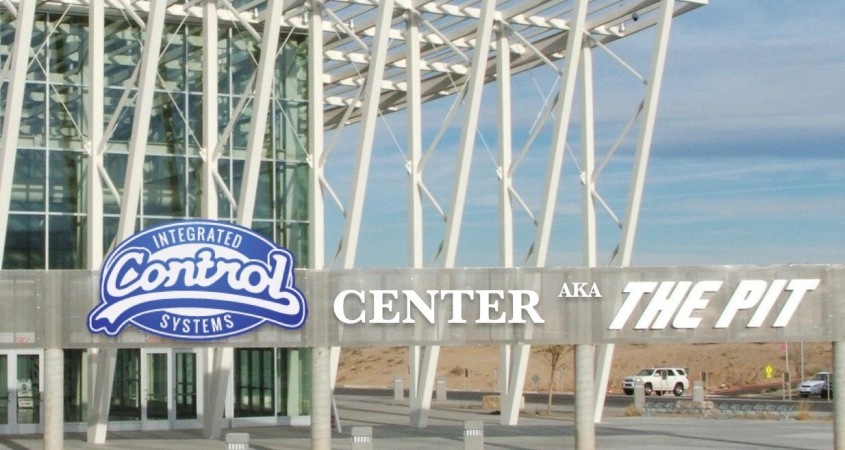 In December 2014, The “World Famous” Pit was infamously rechristened WisePies Arena. But it might have been more appropriately named for Integrated Control Systems — after all, that’s the real meal ticket for WisePies owner Steve Chavez.

To have a fuller understanding of the ties that bind Chavez to the New Mexico Lobos, one must be familiarized with Integrated Control Systems, Inc., an electric works company that installs and maintains environmental, lighting and security infrastructure.

One of ICS’s major clients just happens to be the University of New Mexico.

Indeed, three months before the UNM Foundation signed The Pit’s naming-rights agreement, ICS signed a half-million contract with UNM for improvements to its Valencia campus. Since 2013, according to figures provided by UNM, Integrated Control Systems has won $1.6 million worth of contracts with the school and its affiliated campuses. (These figures don’t necessarily account for other work ICS has done as a subcontractor). In the prior decade, ICS did $1.2 million worth of business with the UNM system.

So, why the recent uptick in work?

“The amount of work needed for this type of a contract generally correlates to the amount of construction on campus,” said UNM spokesman Steve Carr. A spokesperson for Chavez’s companies did not respond to a request for comment.

Among other recent projects, UNM paid ICS for the following:

(The work from the last three years can be found in a series of invoice documents that NMFishbowl.com recently obtained through a public records request.)

Previously, ICS was among the subcontractors that worked on the renovation of The Pit, the building that Chavez has agreed to pay $600,000 a year in order to have named for his fledging pizza franchise.

That agreement, signed in December 2015, has been the subject of city-wide head scratching ever since. As NMFishbowl.com previously reported, university and UNM Foundation officials had privately expressed pessimism about the sanctity of the deal, leading up to its very announcement. This website has also reported on Chavez’s extracurricular political engagements with UNM Athletics Director Paul Krebs.

ICS, in addition to being a UNM vendor, has done work for Arizona State University, the University of Arizona, and a number of other educational institutions throughout the four corners. It also has a big plate of state and federal contracts. The company reportedly brings in $25 million of revenue annually.

A decade ago, the company was enmeshed — although not indicted — in a criminal kickback scheme that surrounded the construction of the Bernalillo County Metro Courthouse. The scandal ultimately brought down former State Senate President Manny Aragon, who wound up serving four-and-a-half years in federal prison for conspiracy and mail fraud.

The scheme involved the over-billing of contract work for the installation of the courthouse’s audiovisual and technical equipment, with hundreds of thousands of dollars of taxpayer dollars floating into the pockets of Aragon and some others involved in the project.

ICS, which was never charged or accused of wrongdoing, was the main contractor the court hired to oversee the audiovisual component of the construction. And the company did benefit from the project’s ballooning price tag. According to a 2007 Albuquerque Journal story [emphasis added]:

The initial contract amount for first-class communications and technology systems was $4.2 million.

The systems were designed by a Chicago-based consulting architectural firm and a New York technology firm. They estimated the cost, including installation, at $3.8 million.

That estimate, in 2002, was for a system that included video screens for judges and jurors, closed-circuit television in 20 courtrooms, a video conferencing system and a host of other gadgets.

Estimates for less expensive systems were as low as $1.9 million.

By the time a no-bid contract was signed with Integrated Control Systems Inc. of Albuquerque in November 2003, the price had crept up to $4.2 million.

Then came the proposed change orders submitted by Integrated Control Systems Inc., the primary contractor for the technology systems, and approved by [Metro Court Administrator Toby] Martinez. They pushed the cost to more than $7.5 million.

The documents in the court’s file authorize the increase in cost but don’t indicate what was to be added to the project.

They were signed only by Martinez and ICS president Steve Chavez.

Martinez ended up pleading guilty and turning state’s evidence. One of the others charged in the case was Manuel Guara, president of Datcom, Inc., the subcontractor hired by ICS. According to the indictment, Guara created inflated invoices as part of the scheme, and skimmed about $100,000 for himself. He, too, ultimately pleaded guilty and was sentenced to three years probation. And where is Guara now? According to the company website, a man by the exact same name currently serves as operations manager in the Phoenix office of Integrated Control Systems. Public records indicate he is the same person as the one charged in the Metro Courthouse scandal. The ICS spokesperson likewise did not respond to specific questions about Guara.

We will update the story if or when comment is provided.

One thought on “ICS: The Other Side of WisePies”