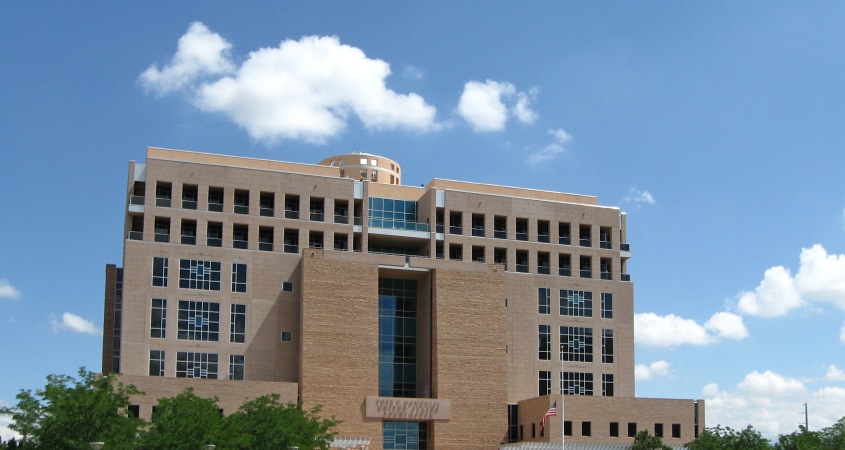 As the Albuquerque Journal and KOB-TV first reported Wednesday night, a former University of New Mexico student named Teriana Bagley has filed an explosive federal Title IX lawsuit against UNM, alleging that she was raped by former Lobo football player Nias Martin in 2016 and that the school violated her civil rights in its response.

Here is a copy of the civil complaint, which was filed Wednesday in U.S. District Court.

Sitting smack dab in the lawsuit’s bullseye is embattled Lobo football coach Bob Davie, who was suspended prior to this past season after an UNM internal investigation raised various concerns about his conduct, including his handling of Bagley’s allegations.

When reached by telephone Thursday, Martin said that he was not aware of the lawsuit and didn’t want to comment on its charges. Previously, in an interview with NMFishbowl.com last year, Martin defended Davie against claims that he had interfered with the police investigation. Davie did not respond to a request for comment.

Although he is not being sued individually, Bagley fingers Davie as being the primary culprit in a “campaign of misinformation, intimidation, and retaliation.”

After learning of the rape allegation against Martin, Davie called a team meeting, in which the lawsuit claims:

A similar fact-pattern was reported by the Chicago-based Hogan Marren law firm, which was hired last year to investigate Davie at the behest of UNM. Last February, in appealing his 30-day suspension that arose from the Hogan Marren investigation, Davie made a public statement that specifically denied ever directing his players to dig up dirt on Bagley.

However, Bagley’s lawsuit contends that Davie admitted to UNM police that he “told the UNM football players present at this meeting that they needed to protect their teammate.”

The lawsuit further argues that Davie interfered in the sexual assault investigation by taking Martin to an Albuquerque attorney’s office before he was interviewed by police.

Bagley claims that, in the wake of reporting her assault, football players “spread word” around the campus that she had falsified the rape claims. She says that, on multiple occasions, she was pulled out of class by UNM police officers to be questioned about the incident, something she says that Martin was never subjected to.

In the lawsuit, Bagley said she was “repeatedly harassed, intimidated, and retaliated against by UNM football players,” which finally led her to file a formal complaint to UNM’s Office of Equal Opportunity in March 2016.

Even after that, Bagley alleges she was harassed by football players. She describes being at an off-campus gathering later that same month, which was “interrupted by a group of at least four UNM football players banging on the door, stating that they knew that Plaintiff was inside, insulting and threatening Plaintiff, and demanding that Plaintiff’s friends “send [Plaintiff] out here.”

Bagley reported this incident to UNM OEO, according to the lawsuit.

As for Martin, the lawsuit says that despite the severity of the allegations made against him, and the player’s failure to respond to UNM OEO’s investigation, neither the school nor the football program took any action against him.

“Correctly sensing that UNM was not properly handling her allegations against Martin,” Bagley’s lawsuit states, “and beginning to buckle under the strain of the campaign of misinformation, intimidation, and retaliation being conducted by and through Coach Davie and the UNM football program, Plaintiff withdrew from life at UNM over the course of the spring and summer of 2016.”

Bagley subsequently enrolled in a nursing school in Phoenix, while Martin continued on as a member of the Lobos through the 2016 season. Almost ten months after the alleged rape was reported, on Dec 8, 2016, her lawsuit states, UNM OEO submitted a Preliminary Letter of Determination that it was “prepared to issue findings of probably cause with regard to [Plaintiff]’s allegations of non-consensual sexual activity against [Martin].”

Bagley is seeking unspecified monetary damages, as well is reimbursements for tuition and related expenses she incurred after transferring from UNM.

As NMFishbowl.com previously reported, the New Mexico Attorney General has been investigating UNM’s handling of this incident since last summer, as part of its broader inquiry into Lobo athletics. The Bernalillo County District Attorney had been preparing to present a criminal case against Martin before a grand jury, but ultimately declined after Bagley decided she did not want to proceed. A spokesman for the DA did not comment on whether prosecutors would, in light of Bagley’s lawsuit, resume their previous efforts to bring sexual assault charges against Martin.

Bagley is being represented in her civil case by attorney Brad Hall, who previously won a $200,000 settlement from UNM for another former female student, who sued UNM for Title IX violations after alleging that she had been raped by two former Lobo football players. A separate civil rights lawsuit filed against the school by the players, Crusoe Gongbay and SaQwan Edwards, was ultimately dismissed with prejudice.